If you are a manufacturer of recordable media, used for private copying, Russian legislation obliges you to pay blank tape levy, which will be distributed to authors, performers, phonogram and AVW producers.

This obligation to pay blank tape levy is prescribed by the following legal acts:

Exporters of recordable media and producers of professional equipment, which is not to be used privately, do not pay blank tape levy.

RUR is a collective management organization, accredited by the Government for collection of private copying levy on behalf of authors, performers, phonogram and AVW producers. 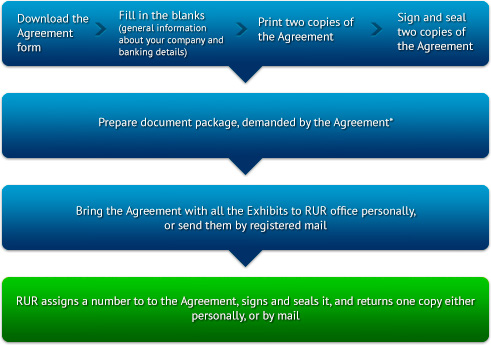 * Document Package for the Agreement:

You do not need to provide original documents – only their confirmed copies, sealed and signed by the CEO or agent under power of attorney. An agent has to present the original Power of Attorney. If documents contain more than one page, they have to be bound, signed and sealed.

What is to be done by manufacturers?

Within 10 days after the end of a calendar quarter, manufacturers have to perform the following actions: 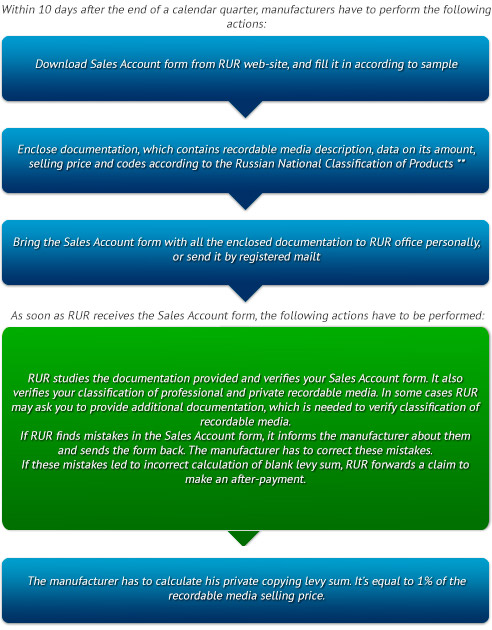 All copies have to be certifies (sealed and signed by the company’s representative). Agent’s Power of Attorney has to be presented as original document.